Watch “The Fox and the Mouse “short movie, link below: 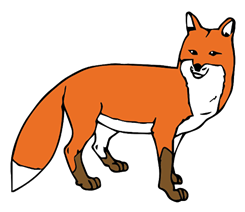 Select two different characters from the film that you could create a costume for if this was turned into a stage production.

1. Sketch, Colour and Label (Details/Materials/Accessories) the costume design for your two chosen characters.

You can use a template attached to sketch the costume designs onto – if this is easier for you. As you are working electronically you should try to hand draw and then scan/photograph.

Explain why you chose these two-character costumes.

Are any elements of the costumes symbolic?

Choosing the correct costumes for characters is vital in both period and modern plays. They must be appropriate to the time and culture in which a drama is set and to the status of the characters.

Research the following questions below and explain and justify within your answers.

1). What is the role of costume in performance?

2). What makes a good costume?

3). How do you make a costume for a Theatre?

4). Why is costume important? 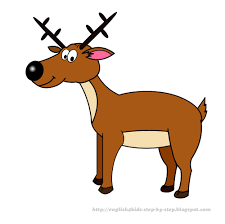 Sketch a ‘Set Design’ for a stage production of this story.

• Remember the theatre stage is deep, so you can build up layers in your design and get perspective.

• Set and furniture can come from different places to land on stage:

• The FLY TOWER is above the stage, and set can be lowered from above

• The TRAP is under the stage, allowing piece of the set to come up through the floor

• At each side of the stage are the WINGS where set and furniture can be pulled or pushed onto the stage.

The shape and nature of different performance spaces and stages affect the way that plays are staged and performed. Think carefully about the audience experience and what they see.

Create two posters for two of the types of staging. - include, diagram, audience positioning, information on formation of acting area.

Now using the short film as stimulus write a play script.  You must use the original three characters and any dialogue used.  You will need to hear the thoughts of the dog so give him lines, but the boy will not be able to hear him.  You could possibly change things and let the boy and dog have a conversation.

Your script needs to be two sides of A4.

Leading on from the last lesson.  Now create an original story that could be used as a play script.  Write a synopsis (brief outline) of the story and then create a character profile for each of the characters you have created.

Things to think about when creating a character:

Please note that bespoke work will be set by the subject teachers and emailed to students, with reference to their individual portfolios for Component 1 devised work and Section C Live Performance.    The following lessons below can be used as revision lessons for Section B of the written paper.

Use of performance space and interaction with other characters

In Noughts and Crosses, there are scenes that are romantic, some that are tense, and others violent.  There are also intimate family scenes and large public scenes.  In order to convey the relationships between the character and the action of the story you must consider how the performance space can be used and how the characters might interact with each other.

Focus on Act 1, Scene 20 (pages 54-55), when Callum tried to get Sephy out of the shopping centre before the explosion. Below is a thrust staging configuration. Copy the diagram and then draw and label where you would position and move the actors to achieve the following:

Make notes on what movements and actions could be used to create tension.

Focus on Act 2, Scene 8 (pages 76-78).  Copy another version of the staging configuration and consider how the use of performance space and interaction between the character can create tension and excitement.

Use arrows to indicate key moments when the characters might move.

Tip: when writing about effects that you want to achieve through performance, some to consider are:  Tragedy, Tension, Romance, Surprise, Terror, Sympathy, Excitement, Pity, Alarm, Anticipation, Comedy and Status.

Use your knowledge of the play to consider character movements.  Find at least one instance (there might be more than one) when a character displays the following movements or actions:

Imagine you are playing Callum and make notes on the following skills.

You are performing the role of Callum

Explain how you might use the performance space and interact with the actors playing Jude, Ryan and Lynette to create tension and show their relationships to the audience.

Please note that bespoke work will be set by the subject teachers and emailed to students.